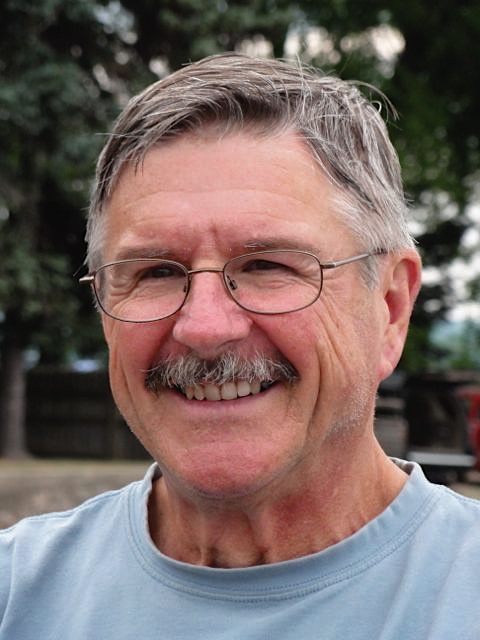 Shortly after my father told us he retired 11 years ago, Sarah asked me “What do you think he’ll do, now that he’s retired?” I said, “Well... He’ll probably cut the rest of his fingers off.” It turns out he didn’t have enough time for that, but we’re glad he got to enjoy a decade of retirement.

When we were preparing for this celebration, at first I didn’t think I wanted to speak. I’m an introvert, like dad was.

But being around people and interacting with them required mental effort. He recovered his energy through quiet contemplation, rather than social interaction. Silence wasn’t awkward or solemn to him, it was refreshing.

He was a man of thoughts and deeds, and the few words he used were chosen carefully. He never said he was sorry unless he really was, but he strived never to do anything to feel sorry for.

He worked with his hands, or what was left of them. He was a problem solver who used all the tools that were available to him, and made new tools when they weren’t.

Dad worked hard his whole life to achieve the American dream: to give his family a better life than the one he was born into. He succeeded.

He rarely talked about his beliefs, but I saw them reflected in his actions. He chose cremation because he wanted his body to be put back into the world, rather than to be preserved for eternity.

He didn't believe in a god who thinks like a man and decides who will live and who must die. He believed in a god who follows the laws of physics, whether men truly understand them or not.

He believed that the life we have now is all we will ever have, and that our time here is more precious for being brief. He would have found it worth telling us to spend our time well, and to be kind and caring to the people we love. Thank you all for sharing this time with us.